European Palm fans rejoice, for the wait is (nearly) over. Palm has just confirmed via press release that their latest Pre smartphone will be debuting "in time for the holidays" in the UK, Ireland and Germany exclusively on the O2 network, and exclusively in Spain on Movistar. No word on cost as of yet, nor the availability of unlocked versions, with the release merely saying "pricing for the phone has not yet been determined."

"Europe continues to be an important region for Palm, and we're proud to work with O2 and Movistar to spread the excitement Palm Pre has already ignited in North America," said Jon Rubinstein, Palm chairman and chief executive officer. "Since we showed Palm Pre at Mobile World Congress in February, there's been a great deal of anticipation for an announcement about European availability, and that day is here." 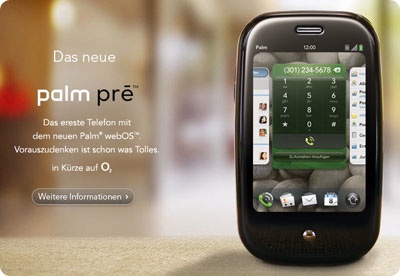 Pleasingly, the spec sheet confirms the Pre will support the Ludicrous-Speed-esque HSDPA radio spec, which can ramp up 14.0 Mbit/s, depending on the network. You can register for updates on the Pre's availability at the following links:

"We are fast becoming the home of the smartphone with the addition of the hotly-anticipated Palm Pre to our already extensive portfolio," said Matthew Key, chairman and chief executive officer, Telefónica Europe. "Our customers will be the first outside of North America to experience one of the most successful mobile devices of the year." 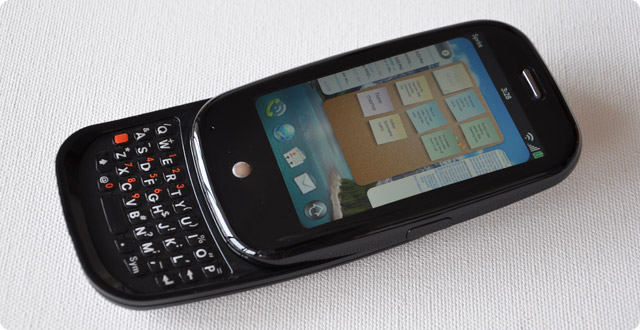 In its first weekend of availability in the United States, Palm Pre broke Sprint's previous first-weekend sales records. Palm Pre also is scheduled to debut in Canada with Bell Mobility in the second half of 2009.

in time for the holidays

I don't know what this means... in my religion we celebrate different holidays... I'll put it like that: I'm going to be in Germany sometime in late August. Will I be able to buy a Pre?

RE: in time for the holidays

Phones available for the christmas holiday season in Germany usually will be available in the 4th quarter (October, November, early December). On the german webpage of O2 there was shortly "October" mentioned as the availability of the Palm Pre, which was replaced later.

I doubt you will be able to buy a Palm Pre in Germany with GSM in August.

RE: in time for the holidays

Thanks, at least I know now and don't have to go trough a long anticipation...

If Palm go with O2 exclusively with the Pre, they might as well never ship the device in Europe. It will be like the console wars of old - go into a shop and all the assistants will be able to talk about is the iPhone. The Pre will get left on the shelf as consumer after cinsumer is persuaded they really want the iPhone - 'coz it's betterer' The Pre will go the way of the Sega Dreamcast if the go exclusively with O2 - their best option is to put it on every network and go for market saturation.
"Absence of evidence is not evidence of absence"

It seems the one universal constant for Pre owners is that we hate the launch carriers.

I really, really want to know about the unlocked version.

I can only talk for Germany, but there O2 is delivering the phones without SIM lock. So I do not see the problem buying the phone from O2 and using a different provider. T-Mobile does not offer this for the iPhone.

Instead of paying the phone upfront, O2 offers to pay the phone in 25 rates.

I do not see a problem with the Palm Pre being available via O2.

Faster in the EU?

http://www.pocket-lint.com/news/news.phtml/25356/palm-demos-hsdpa-palm-pre.phtml
In short, I had always believed that the world involved magic: now I thought that perhaps it involved a magician.
- Chesterton